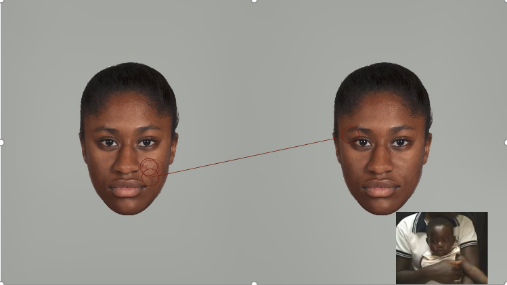 A paper just published in the Journal of Nutrition reports the first study to use automated eye tracking to measure infant developmental outcomes of a nutrition randomized trial. Effects of early nutrition on infant neurobehavioral development are typically measured using assessment of behavioral milestones, such as crawling and saying words. These assessments may not be highly sensitive to individual differences between children because there is a wide range of variability in the age children attain these milestones that is normal. Children’s scores on these types of measures during the first two years after birth are not strongly correlated with children’s later cognitive abilities. 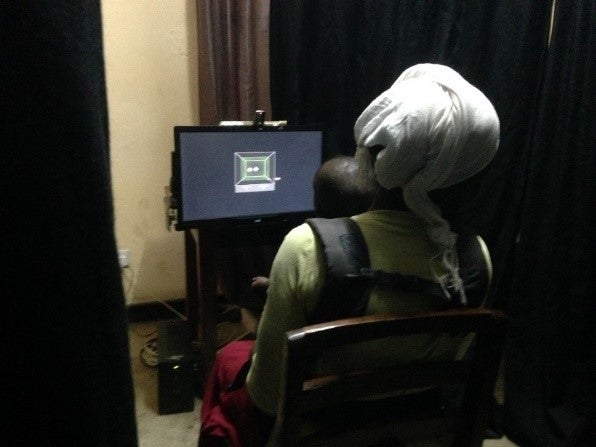 Measures of infant looking behavior may be more sensitive than measures based on milestone attainment. Infants’ eye gazes provide meaningful information about their cognitive processing. For example, an infant’s novelty preference, demonstrated by looking longer at a new picture compared to a previously seen picture, shows that the infant remembers the previously seen picture. Automated eye trackers detect the gaze focal point using an infrared light source and a set of cameras that capture the light reflected from the cornea. Recent advances have made this technology more feasible for use in low- and middle-income country settings. In this study, we used automated eye tracking to assess infant cognition in Malawi, in combination with commonly-used developmental assessments based on acquisition of behavioral milestones.

The trial was designed to test whether feeding children eggs during the complementary feeding period improves growth and development and was funded by the Bill & Melinda Gates Foundation. The trial was led by Dr. Christine Stewart at the UC Davis Institute for Global Nutrition and Dr. Kenneth Maleta at the University of Malawi College of Medicine, with the developmental outcomes led by Dr. Elizabeth Prado at the UC Davis Institute for Global Nutrition in collaboration with Dr. Lisa Oakes at the UC Davis Center for Mind and Brain. 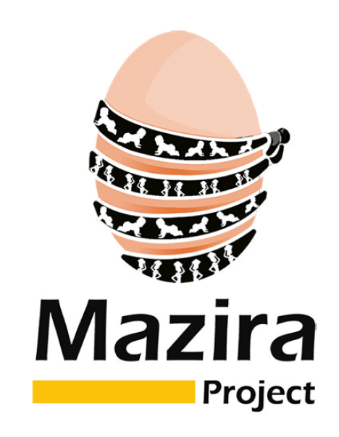 Eggs are nutrient-rich foods, which have been found to promote child growth in Ecuador. We enrolled 660 children age 6-9 months in rural Malawi and randomly assigned half of the children to the intervention group, who received seven eggs per week for the study child and seven eggs per week for the household, and half of the children to the control group, who did not receive eggs. After six months, we did not find any differences between the group who received eggs and the control group in attention, memory, language, motor, or personal-social skills, except a smaller percentage of children who received eggs had delayed fine motor skills, such as picking up small objects with their fingers. This study highlights that positive effects of egg interventions may be found in some contexts but not others, which should be considered when deciding whether to invest in programs to promote child egg consumption. Although we did not find effects of the intervention on the eye-tracking measures, we successfully obtained usable data from 60% of targeted children at age 6-9 months and 72% of targeted children at age 12-15 months. These success rates were obtained in the context of a full day of data collection and project activities for the participants, with as many as 25 participants assessed on any given day. This suggests that automated eye tracking is a new promising method to evaluate early child development in nutrition research in low- and middle-income countries.